Fiachra Mac Cana, managing director and head of research of the Hochiminh City Securities Co. (HSC), told a meeting with investors last Friday that 2012 inflation would be around 10 percent or so, as money supply has been choked off and the pressure on price increase has abated. The global growth is slowing down so there is no much pressure on prices, and furthermore, the credit growth and money supply growth have come down substantially this year, he said.

The announcement dispels doubts that the government will ease monetary policy which could blow up already high inflation rates. “The government determines to cap the credit growth this year at 20 per cent and money supply growth at 16 per cent in accordance with Resolution 11,” said Vu Duc Dam, Government Office chairman.

US dollar supply for banks on increase

Supply of US dollar is increasing strongly at commercial banks, showing that both enterprises and residents have boosted sales of US dollar to banks. This directly has made US dollar/dong forex rate continuously corrected.

With the economy slowing, inflation heating up and on a squeeze on the supply of skilled labour, firms are advised to spotlight nurturing their image as good employers to retain talent. Nguyen Thi Van Anh, managing director of Vietnam’s leading executive recruitment firm Navigos Search (formerly known as Navigos Group) discusses this issue with VIR.

A rushed exit from greenbacks looming

According to the International Monetary Fund, if foreign currency deposits in the total money supply (FCD/M2) of any economy exceeded 30 per cent, it meant the economy was in dollarisation. In Vietnam, the ratio, after peaking at 41.2 per cent in 1991 due to hyper inflation, has been fluctuating between 20-30 per cent since then.

Rice price to be kept stable

Truong Thanh Phong, general director of Vinafood 2, said the company would build one more warehouse to add to the one in Binh Chanh District which has a capacity of 4,000-5,000 tonnes. It also has a warehouse each in Long An and Tien Giang Provinces that will supply rice to the City in an emergency.

At a recent online conference held by the Ministry of Industry and Trade (MoIT), many petrol wholesalers across the country mentioned a host of difficulties in petrol business management. The Director of the Ba Ria-Vung Tau Department of Industry and Trade, Tran Thi Huong said during the time of adjusting petrol prices, several petrol stations had to close, leading to a drop of 70 percent in petrol supply. 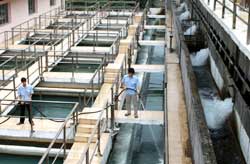 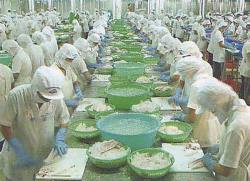 Experts said that the global demand for aquatic products will continue surging while supply shrinks in some countries which make it possible for Việt Nam to secure the export value of these products at US $5 billion this year.

Banks ordered to suspend service of converting into $2 banknote

According to a banking official, supply of small changes to meet commercial banks’ year-end demand is not short, but SBV’s message is not to boost banknotes with small face value in circulation. Factually, the Central Bank always provides different kinds of banknotes with different face value to commercial banks who then will meet customers’ need. Consumers’ demand for small changes for lucky money in Lunar New Year is available with a purpose of giving lucks to receivers.

After a dispute over a price increase, JPA had its fuel supply cut off by Vinapco on April 1, 2008. This caused a delay that grounded 30 flights with some 5,000 passengers affected. The government intervened and ordered Vinapco to resume supplying fuel to JPA. The state-owned airplane petrol supplier was also fined more than VND3.3 billion ($165,000) for violating the nation’s Competition Law, which was calculated based on the percentage of Vinapco’s turnover in 2007 and would be handed to the state coffers.