Vietnam’s consumer price index (CPI) for August was up only 0.93 per cent on-month, the lowest rise this year. August was also the first month the CPI rose under 1 per cent, signaling a slowdown in price rises as tightening monetary policies begin to bite.

Producers and importers must register for certification to affix energy labels within 60 working days of the effective date of the regulation. The decree also requires major energy users to apply energy management systems under which they must promulgate energy efficiency and conservation policies and targets; conduct energy audits; and assign staff and propose managerial and technological solutions to promote energy efficiency and conservation.

Resolution 11/NQ-CP dated February 24, 2011 has clearly shown the political determination in the fight against macro instability. This resolution demonstrates drastic and powerful moves, in which growth target is entirely eliminated from the top targets in 2011. Six groups of synchronous measures are pointed out, in which the most important point is to carry out tightening monetary and fiscal policies.

As for TrustBank, despite facing the tightening of monetary policies during the last half of 2010, the lender still posted a good performance with a dividend of 8.5% (passed by its annual shareholder conference on March 28). The dividend is relatively high, but in the current situation, its Chairman Hoang Van Toan expected the sharing from shareholders. In 2011, TrustBank plans to pay a dividend of 9%, 0.5% higher than 2010’s actualized level.

At the meeting held by the State Securities Commission of Viet Nam (SSC), Nguyen Thanh Ky, general secretary of Viet Nam Association of Securities Business suggested that Ministry of Finance (MoF) and SSC should consider policies to help create more new products for the stock market. Suggestions include allowing an investor to sell and trade shares during the same session while being able to open more than transaction account at different securities firms. 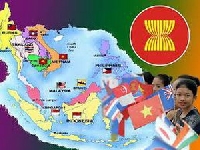 Real estate market in 2011 to depend much on government policies: Experts

In 2011, experts forecast that the property market would entirely depend on the government’s policies applied to curb price increases and seek capital sources for the market. According to Prof Dr Dang Hung Vo, there would be two main scenarios for property market in 2011.