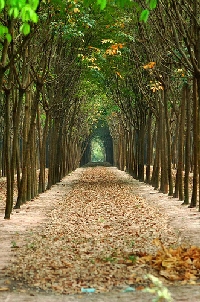 Tay Ninh Province reveals the wild beauty of the South

Passing through the huge shelter was like walking through a stone maze, with millions of small stones arranged in all sorts of different shapes. The fresh air and cool atmosphere enhanced by the murmuring stream and twittering birds were like something out of a fairy tale.

The country is hot right now: the summer monsoon (April to October) has arrived, bringing hot, humid weather to the whole country. And if you’re looking for a place to cool off, you’ll be spoilt for choice Vietnam has some of Southeast Asia’s best beaches. 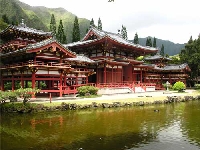 One of the group, Duong Quang Chan, an overseas Vietnamese businessman, who has lived in the US for years, was returning on this occasion to seek out business opportunities and said he was considering a tourism project in Tra Vinh, which also happened to be his grandmother's birthplace. 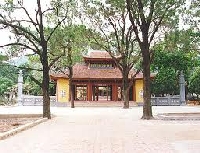 The spring festival season originated on the 22nd day of the first lunar month in 1334 and marks the anniversary of the death of monk Huyen Quang, one of the founders of Truc Lam Zen Buddhism. The autumn festival season begins on the 16th day of the eight lunar month, to mark the anniversary of the death of Nguyen Trai, a famous poet and politician during the Le Loi King in the 15th century. He wrote Binh Ngo Dai Cao, a declaration of freedom for the country.

Duong Lam Ancient Village is the only place in Vietnam where two kings came from. Phung Hung (761-802) and Ngo Quyen (808-944), who were born and grew up in the village, led the resistance to and had victories over China's Sung and Southern Han troops to recover national independence. They both became kings. After they died, temples were erected to worship them.

Due to the topographical and geologic conditions, the lake is clear all year round. The surrounding mountains and forests, along with the floating houses on the lake, create a dreamlike and idyllic landscape. 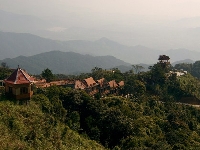 In forest and mountain region, it seemed that the dark came earlier than usual. The night was peaceful, visionary and deep-lying. In the weak light of lamps, Ba Na was like in a dream. If you came here at weekends, you would have a chance to participate in camp-fire night festival. Sitting around the flickering fire, we were reminded of Ba Na in the foggy mountain.

Basking in the unspoilt wild of tranquil Quan Son Lake

Yang Bay means "heaven's waterfall" in the language of the Gia Rai people, one of the 53 ethnic groups in Viet Nam.

The Memorial of the Nation to Soldiers' Sacrifices has three sides representing the three Indochinese countries, leaning on each for support during their fight against their common enemy. Between sections four and five is a group of monuments dedicated to the heroism of Battalion 559 and the Viet Nam-Laos solidarity. The cemetery is the resting-place of many soldiers who fell on the Ho Chi Minh Trail and on battlefields across the central part of the country.

Bau Trang – an oasis in the middle of the desert

Bau Trang has formed for a long time. The word of “Bàu” in the dialect means “Lake”. Bau Trang is divided into two parts, which called Bau Ong (Mister Lake) and Bau Ba (Lady Lake).