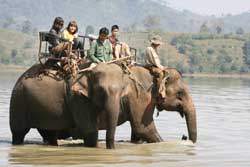 The ADB Vietnam Resident Mission made the announcement on Wednesday in Hà Nội. Accordingly, the project is due to begin in May 2011 and complete in March 2013.

Amongst the 882 endangered species that were listed in Vietnam ’s Red Book in 1997, nine species of animals including the Sumatra rhinoceros, the Kouprey bull, tapirs, otter civets, the Japanese eel, several species of carp, spotted deer, estuarine crocodile (crocodylus porosos) and two species of orchids (paphiopadilum) are in danger of extinction. 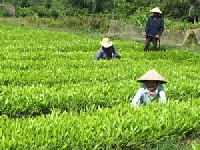 In the period 2011-2015, the Forest Sector Support Partnership (FSSP) will expand the involvement of the private sector, industry associations and non-governmental organisations in the country, Juergen Hess, Co-chair of the annual review meeting of the FSSP said.

A team of international veterinary, forensic and wildlife experts believe the rhinoceros, possibly the last in Viet Nam, had been shot in the leg two to three months before it died. The decomposed carcass was discovered last April.

According to the centre, this is the first time Vietnam has made a set of maps that provides full information of various types of coastal wetland in the country’s 29 coastal provinces and cities.

Professor Nguyen Huu Dung explained that the country was in the process of becoming industrialised by 2020 and its rapid rate of urbanisation would mean the population in cities would rise to around 45 per cent then from the current 30 per cent. "The construction and real-estate industries need to develop greener alternatives for the current architectural models that require large investments and energy supply but increase pollution," he told around 200 delegates representing property developers and design and consulting firms.

US to assess health of Mekong basin

The workshop, organised by the US Consulate General in HCM City and the US-based International Crane Foundation, gathered scientists from 18 universities in Viet Nam, Laos, Cambodia and Thailand. They will discuss the details of their data sampling strategy before they make a field trip to Tram Chim National Park in Dong Thap Province.

The four-day seminar, co-organised by the HCMC University of Natural Sciences, the city’s US Consulate General and the International Crane Foundation (ICF) will initiate research POPs in the Mekong River. Scientists say that POPs harm human beings’ health and the environment across the world. POPs from insecticides and other sources enter the water surface in rivers, ponds or marshes. The Mekong is one of the world’s most important rivers but there little research on POPs has been carried out on this river. 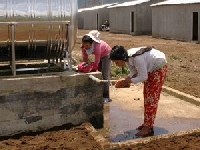 At a seminar on Output-Based Aid (OBA) in Hanoi on Dec. 13, EMW National Director Nguyen Minh Chau said that this was an effective way of avoiding wastefulness, since sponsors only paid for the project’s implemenation after ensuring the required benefits had been achieved, Chau said.