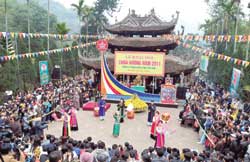 The Tin tuc (News) newspaper cited the experts as saying that the campaign should heighten public awareness of the need to preserving the nation's folk culture and at the same time, intensify to research into rituals and festivals with a view to restoring them authentically. Concerned agencies should create favourable conditions for the festivals to thrive by supporting ethnic minorities develop economically and improve their living standards. 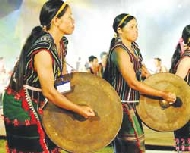 Buon Trap Town in Krong Ana District boasts an all-woman team playing the Jo, a gong designed exclusively for women of the E De ethnic group. "Buon Trap is one of many locations in the province where gongs have been sold to traders that can never be replaced again," said Y Wai Bya, director of Dac Lac's Culture, Sports and Tourism Department. 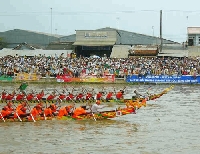 The festival featured various activities such as exhibitions displaying the traditional cultures of the Kinh, Hoa and Khmer people, a public art programme, Khmer costumes and an ethnic food festival. A seminar on Khmer ethnic people and a 426-booth trade fair displaying agricultural equipment and products from 172 entrepreneurs was also held as part of the event.

The festival, at Phong Le Village in Hoa Vang District's Hoa Chau Commune, gathered 400 locals last weekend with traditional worship customs and folk games as well as performances of tuong (classical drama). According to local Ngo Van Nghia, this was the first time the festival had been held since 1936.

Saint Giong festival is a unique traditional event in Vietnam, held annually from the 6th-12th of the fourth lunar month in many places in Vietnam to commemorate the legendary national hero who grew from a 3-year-old child into a giant overnight to help drive out invaders from the country.