At the event, Vietnamese scientists and foreign experts introduced latest technologies from around the world. They also proposed many ideas on the current design and construction of the underground network in Hanoi and HCM City.

The six most impressive figures of Vietnam’s economy in 2010

The high export volume did not mean that farmers and export companies generated high profit. The rice price fluctuated so heavily in 2010 such that both enterprises and farmers suffered. The summer-autumn crop price dropped to 3000 dong per kilo, but farmers still had to sell rice because they did not have enough storage. When the rice price later surged to 6500 dong per kilo, they did not have more rice to sell.

An impressive year in terms of Vietnam’s science and technology research marked by economic, cultural and education milestones.

Top ten events in culture, sports and tourism in 2010

10 highlights of the business community in 2010

10 highlight events of the business community in 2010 were reviewed by Thoi bao Kinh te VietNam. 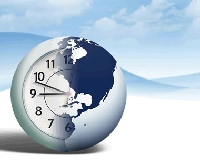 The 7 most impactful economic events in 2010

VnMedia reviews the most important economic events which may continue having impacts in the next year. 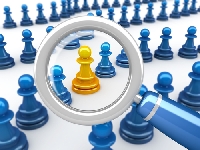 The top ten domestic events in 2010 selected by VOV.

The book wrote “Ha Long Bay, or the Bay of the Descending Dragon, in northeastern Vietnam, is scattered with some 3,000 precipitous, strangely sculpted limestone islands and outcrops, and dotted with small floating villages and deserted sandy beaches.

The tourist growth rate in 2010 is expected at 3.4 per cent and will increase to 7.3 per cent in the next 10 years. The earnings from international visitors and tourist goods is estimated at $4.58 billion, accounting for 6.7 per cent of the total national export in 2010. 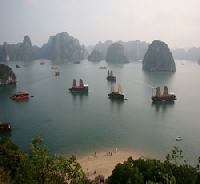 Lonely Planet describes that bobbing on the emerald waters of Hạ Long Bay and moving through its 3000-odd limestone islands is simply sublime. “The tiny islands are dotted with beaches and grottoes created by wind and waves, and have sparsely forested slopes ringing with bird tunes,” the travel magazine writes.

The 120-minute parade, with the participation of 31,000 people, including 12,000 from armed forces, started with a torch procession from Hồ Chí Minh Museum to the Hồ Chí Minh Mausoleum in the historic Ba Đình Square, where President Hồ Chí Minh read the Declaration of Independence to proclaim the birth of modern Việt Nam 65 years ago.

The decision was announced at a session of the council in Guangzhou, China recently.