This year, the Vietnam Post and Telecommunications Group (VNPT) was recognized as the best performer in infrastructure development in the fixed telephone sector and the military-run telecom group, Viettel, as the most effective operator.

“Think outside the box” brings them success

Vietnamese fruits cannot compete yet with those from Thailand, so I chose to freeze them to avoid a head-on confrontation with the Thai products and to create a niche market for my own. Peeled, frozen, and packaged fruits will surely catch eyes and easily meet safety benchmarks

The FAR-145 is an international standard on aircraft maintenance services under US aviation regulations.

The common principle of the three solutions allows passengers to send SMS with a simple syntax to MobiVi’s SMS gateway to make a payment. For the first solution, passengers can make payment by using pre-paid cards jointly issued by Mai Linh and MobiVi, and follow the transactional instructions on the card. The second solution allows customers to make SMS payment by using MobiVi e-wallet. They can use similar SMS message to pay Mai Linh taxi fares.

“Along with the foreign-invested business community in Viet Nam, the award winners have made significant contributions to the country’s economic structure and enhanced its industrial production capacity,” said the editor-in-chief of the Vietnam Economic Times, Dao Nguyen Cat during a press conference yesterday.

Annual Gold Dragon award is oragnised by the Vietnam Economic Times in coordination with the Foreign Investment Department, under the Ministry of Planning and Investment.

Vinashin in difficult situation, to arrange full capital repayment after one year

After a year of restructuring, Vinashin would certainly arrange funds to pay the existing debts. This information was said in the interview with Vietnam News Agency regarding the rejection of foreign creditors represented by Credit Suisse on Vinashin’s moratorium proposal. Talking about the lastest news that foreign banks have refused to postpone Vinashin’s first term payment on December 20, Su said in 2007, Vinashin issued $600 million bonds through Credit Suisse. Under the agreement, Vinashin must pay $60 million every six months for ten times.

Vinashin works way out of trouble

The event, hold annually during the past four years since Việt Nam became full member of the World Trade Organization (WTO), aims at honoring local and foreign-funded businesses for their outstanding efforts.

Dr Dang Duc Son, Deputy Dean of the Finance and Banking Faculty of the Economics University under the Hanoi National University, said that it is very difficult to find the real richest Vietnamese billionaire. In Vietnam, in many cases, the assets are not in the names of the real owners, but in the names of brothers or relatives. Therefore, it is very difficult to calculate the values of assets of individuals.

2010 – the unlucky year for many Vietnamese businessmen

While many CEOs in the world have been dismissed for the losses made in the 2010 fiscal year, the difficult post-global crisis period, a lot of Vietnamese businessmen too have been facing big troubles. Especially, Vinashin (the Vietnam Shipbuilding Industry Group), the giant in the shipbuilding industry, has been bogged down in debts and difficulties. 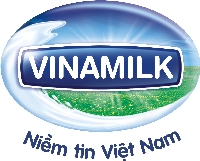 It’s the first time that a Vietnam-based enterprise to be acknowledged and awarded the title “Best Enterprise” by the professional financial magazine in the region.