A ceremony to launch the “Return to the Roots” tourism programme 2011 was held in Nghia Lo, Yen Bai province on February 26. This is a tourism cooperative programme between the northern provinces of Yen Bai, Phu Tho and Lao Cai. 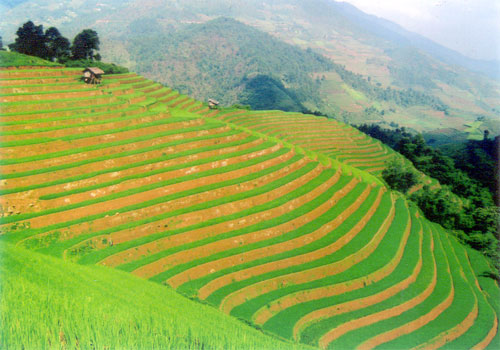 Over the six years of the programme, Phu Tho, Yen Bai and Lao Cai provinces have invested thousands of billions of VND in tourism infrastructure. With nearly 1,000 accommodation facilities, including at least four – star hotels, more than 500 hotels and 260 restaurants, the three provinces have met the increasing demands of both domestic and foreign tourists, even in the high season.

Now that the 2011 programme has been officially launched, the provinces will host a wide range of activities, such as the Hung Kings Festival in Phu Tho, a cultural week to promote Thac Ba Lake in Yen Bai, the Thuong Temple Festival, on the cloud festival in Sapa, and a horse race in Bac Ha, Lao Cai province.