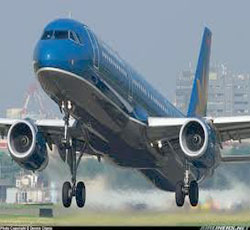 The carrier will offer three flights a week on Monday, Thursday, and Sunday, using Airbus 321.

The air route, said Mr. Dũng, is ideal for both tourists and businessmen who want to travel from China to Central Việt Nam, Southeast Asia and Australia.

On the occasion, Việt Nam Airlines will provide a discount fare of VND 5,830,000 (around US $299) for a two-way ticket, not including duty and other charges.