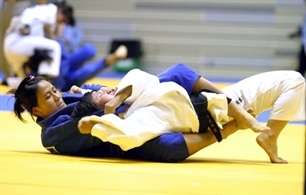 He is one of the eight Vietnamese attending the three-day event which has a total of 210 athletes representing 30 countries and territories in Asia to compete in 14 weight categories.

In the most recent event, Vietnam won one silver and one bronze.