VGP – The Mekong Delta Economic Cooperation Forum (MDEC) in 2011 is scheduled to take place in the Southern province of Cà Mau from July to October. 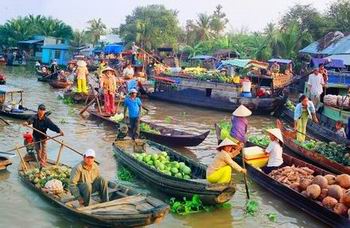 The Government on Monday assigned the Southwest Steering Committee to closely coordinate with the Ministry of Planning and Investment and relevant provinces to well prepare for the annual event.

Participants will discuss ways to develop a regional linkage mechanism, trade-tourism-investment promotion plan towards 2015, and a cooperative strategy between the region and other areas inside the country as well as foreign establishments.