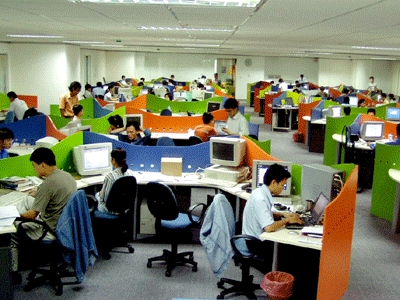 The survey conducted by Vinasa shows that though all the businesses consider Japan as a choosy market, 50 percent of them still affirm that they can find the business opportunities on the market, while 25 percent say they can absolutely satisfy the demands of the market.

A representative of the Vietnam Technology Solution Company (Techno) said that the company chooses Japan as the top priority partner. Therefore, besides providing software outsourcing services for Japanese partners in Vietnam, Techno is also striving to export the labor force, i.e sending engineers to Japan.

Nevertheless, Vietnamese software firms have admitted that they still cannot fully exploit the opportunities of the Japanese big market.

According to Tran Tuan Nam, Deputy Director of NCS Joint Stock Company, in the period of 2005-2009, the software outsourcing growth rate for the Japanese market reached 70-80 percent, much higher than the average growth rate of the software industry at 30-40 percent. However, the growth rate has been slowed down significantly in 2010 and 2011, when the Japanese economy borne the big impacts of the global economic crisis.

Iku Amino, General Director of the Japan Agency for Promotion of information technology, noted that the biggest problem of Vietnamese software firms is that they lack the engineers who have the qualification meeting the international standards. Especially, the staff has limited Japanese language skills and cannot get adapted well to the arising problems during their works.

Besides, he said that Vietnamese software firms now cannot keep the advantage edge in terms of prices in comparison with the rivals.

However, a survey conducted by Vinasa has pointed out that the successful recruitment proportion is very low, just 5-10 percent, while most of businesses say they have to spend 1-3 months to retrain newly recruited officers.