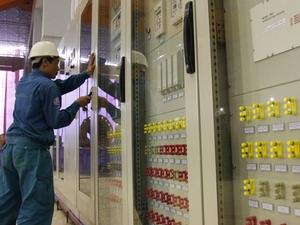 Addressing the event, PM Dung stressed the significance of early operation of the first turbine and bringing the plant into operation two years ahead of schedule, saying this was not profitable for the country but also ensures a steady supply of electricity for production and people’s life, especially in the dry-season months of 2011. The Son La hydropower plant is not the largest of its kind in Vietnam and Southeast Asia, but also the first large-scale project designed, constructed, manufactured and installed by Vietnamese engineers and workers, he said.

Vu Khac Tiep, the company’s chair of management board revealed that Song Chay 5 hydropower plant had two turbines with total designed capacity of 16MW. The total investment capital for this project was estimated at about 400 billion dong.