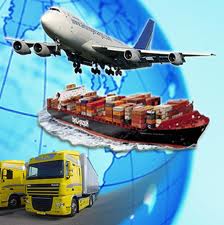 Despite the difficulties and challenges from the world economy, the national economy, especially the trade sector, has achieved impressive results.

In early 2010, while the world economy was still in a fix to bounce back, the Vietnamese Party, National Assembly and Government worked out solutions to help the national economy recover from the global economic slowdown.

“This is the highest it’s ever been. It’s even higher than before the world recession,” general secretary of Viet Nam Rubber Association (VRA) Tran Thi Thuy Hoa said. “While demand on the production industry has increased significantly thanks to the recovery of the world economy, supplies from main rubber export countries such as Thailand, Malaysia, Indonesia and Viet Nam have remained low,” Hoa said, explaining that rubber yields had been seriously affected by bad weather conditions.

Industrial zones (IZs), which contributed the majority of provincial FDI, attracted $950.78 million in the past 11 months, a year-on-year increase of 75 per cent, according to the provincial IZs Management Board. The figure included $867 million of additional capital for 55 existing projects and $82.9 million for 32 newly-licensed projects. The recovery of the world economy created ideal conditions for foreign investors to expand in the province, said deputy head of the board Nguyen Phuong Lan.