The mid-sized multipurpose hydropower project will help meet growing domestic demand for electricity and bring flood control and irrigation benefits to rural and poor communities in the northern province. Electricity consumption in Vietnam has been growing at 15 percent annually for the past several years and Trung Son’s 260 Megawatts project will help meet the increased demand.

The Ministry of Planning and Investment and the World Bank (WB) on March 7 launched Vietnam Innovation Day (VID 2011) with the theme, “Innovation for Social Equity and Sustainable Development”. 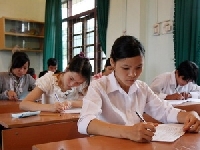 The forecast was given in the World Bank (WB)’s report at Consultative Group (CG-2010) meeting held on December 7. WB’s report also showed that Vietnam’s inflation suddenly surged high than expected in October and November. In details, by the end of November, Vietnam’s inflation in Jan-November stood at nearly 9.6 percent. The annual inflation of food price climbed to 14.8 percent, marking the highest level as of April 2009.

Under it, WB will fund an urban development project in the central city of Vinh, water drainage and waste treatment projects in Thai Hoa town, and rural energy project phase II.

WB chief economist in Việt Nam Deepak Mishra said that the country’s public debt is not a headache if the economy’s major indexes are secured. WB believes in Việt Nam’s cautious policies and management method, stressed Mrs. Kwakwa, adding that Việt Nam knows how to use proper policies and measures. 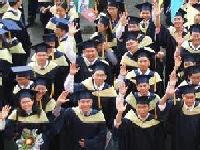 This credit was sponsored through the International Development Association, an agency under the WB, to support programs in underdeveloped countries. 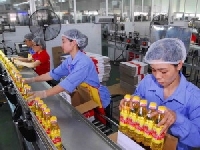 The WB and IFC representatives said they are optimistic about Vietnam’s results, gained through executing administrative reforms within the framework of the Government’s project 30.