Government okays anti-dumping suit against US

A recent VASEP conference pointed out that if Vietnam failed to pursue the lawsuit, it could lose the US market to other big exporters like India and Thailand who had won a similar suit, Thanh Nien newspaper said.

VND interest rates down, but US dollar loans remain attractive

The panel report, issued on July 11 after series of decisions by the WTO panels and appellate body, backed Viet Nam’s claim the US’s zeroing methodology in the use of administrative reviews of imports was inconsistent “as such” with the WTO’s Anti-Dumping Agreement and 1994 General Agreement on Tariffs and Trade (GATT).

The Government had guaranteed foreign loans worth US$1.36 billion for 16 State-owned cement companies out of whom Dong Banh, Thai Nguyen, Tam Diep and Hoang Mai companies were facing financial problems and could not repay, said the Minister of Finance, Vuong Dinh Hue, during a press meeting in Ha Noi on Thursday.

The export turnover is poised to reach US $60.8 billion in the reviewed period, or a year-on-year increase of 33.7%. It is estimated that the country’s export revenue would reach US $89 billion this year, far above the record of US $72.2 billion in 2010.

Prices likely to climb another 2 percent in May

Inflation will continue to be high for the near future due to impacts of economic and policy factors on the domestic economy, including the deregulation of electricity rates (slated to begin fluctuating under free market rules in June) and a minimum wage increase in May, said former State Bank of Vietnam Governor Cao Sy Kiem. The current bout of high inflation was ignited when the Vietnam dong was devalued by 9.3 percent against the US dollar in February, followed by hikes in petrol costs and electricity rates in March. Inflation was also spreading globally, especially in Asia, exerting great pressure on the Vietnamese economy. 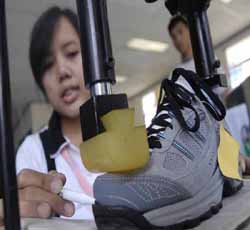 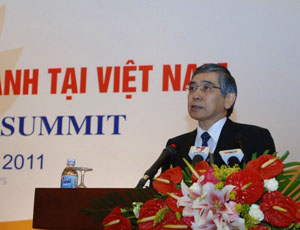