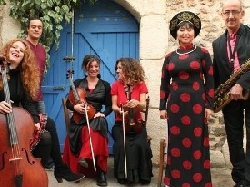 Vietnam gold rebounds to near VND36Mln as Dollar soars

In Asian trade this morning, spot gold was nearly flat at $1,380.70 an ounce by 0315 GMT, after declining in the previous session on the dollar rally following Moody’s move to put Spain on review for a possible downgrade. U.S. gold futures edged down 0.3% to $1,381.5. Holdings in the SPDR Gold Trust, the world’s largest gold-backed exchange-traded fund, edged down less than one ton to 1,286.187 tons, its lowest since late November.

To put everything into perspective, investors are demanding more premium to lend to Ireland, Portugal and Spain than to emerging countries in Europe and Asia.

At talks between VGCL President Dang Ngoc Tung and visiting STU Secretary in charge of international affairs Javier Doz in Hanoi on Nov. 4, Tung affirmed the STU delegation’s working visit to Vietnam would contribute to promoting the friendship and cooperation between the two trade unions and their workers.