The Ministry of Planning and Investment (MPI), the Asian Development Bank and the Netherlands development organization (SNV) organized the forum jointly. The event aimed to discuss possible investment opportunities, promote an exchange between companies interested in “Inclusive Business (IB)” and possible financial institutions and set up the Inclusive Business Fund in Vietnam. 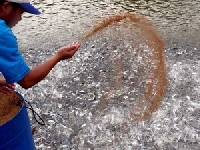 Investors from that country have received licenses to invest in projects worth $2.15 billion, including one involving an investment of $2.14 billion, while US commitments are worth $1.02 billion.

The disbursement rate has been improvedsignificantly, while the registered investment capital has been decreasing sharply. In previous years, real estate was the sector which attracted most of FDI capital. However, in 2010, processing and manufacturing have become more attractive in the eyes of foreign investors. The Netherlands has become the biggest foreign investor in Vietnam instead of South Korea or the US. 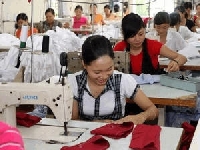 International garment exhibition to be held in Hanoi

During the exhibition, businesses from countries with a developed textile industry such as France, Germany, China, India, Italy, Japan, the Republic of Korea, Malaysia, Singapore, Sweden, Switzerland, Thailand and the Netherlands will introduce their latest products, equipment, technologies and services in the garment sector.