Prime Minister Nguyen Tan Dung has requested the Hau Giang provincial authorities to instruct relevant agencies to reach an agreement with the Vietnam Southern Food Corporation (Vinafood 2) on necessary measures, especially in site clearance for an early completion of the storage system as planned.

March 2011 is the deadline for Vietnam to forward its dossier, said the Head of Vietnam’s National Academy of Music Associate Professor Le Toan, adding that there will be an international seminar held on southern amateur music in Ho Chi Minh City in January, 2011. A film crew from the institute began a fact-finding tour in mid-November to shoot a documentary on southern amateur music in 14 southeastern and Mekong Delta provinces over two months.

The Mekong Delta encompasses 13 cities and provinces which cover an area of four million hectares and boast a population of approximately 18 million, accounting for 22% of the country’s total population. However, it ranks the seventh among regions in the rate of untrained workforce. The region now has 11 universities and 27 colleges and 35 vocational training schools, but they fail to meet increasing demand for trained workforce.

Can Tho hosts int’l agriculture fair

The paintings depict Vietnam’s landscapes in many different areas such as the old quarter in Hanoi, Hoi An ancient town, the Central Highlands with Truong Son mountain range, peaceful villages in the north of the country and the Mekong Delta. 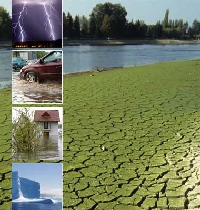 Besides showcasing beautiful trees, flowers and bonsai creations, several conferences will be held on developing the Dong Thap Muoi region and promoting investment in the Mekong Delta. Several contests will also be part of the December 1-5 festival in Cao Lanh city.