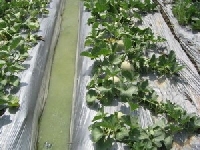 Powered up to beat electricity woes

The 1,200 megawatt Lai Chau plant is located in northern mountainous Lai Chau province’s Muong Te district and in the highest step of the Da River’s escalading hydropower system, above the 2,400MW Son La plant in the middle and the 1,920MW Hoa Binh plant downstream. According to EVN, the new plant will supply some 4.7 billion kWh of electricity a year to the national grid, a significant amount for the country where demand is growing fast, at 13-15 per cent annually. 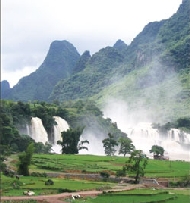 The new industrial zone will be sited in an area of 200 hectares in Nhuan Trach Commune, Luong Son Dist, Hoa Binh province.

This was agreed at a recent seminar on primary health care in commune health clinics held in Hoa Binh. Dr Jean Marc Olive, World Health Organisation Representative in Viet Nam, said Viet Nam had made positive changes to improve the national health sector, but problems remained on dividing treatment between primary and secondary-care. He said this was standing in the way of an efficient healthcare system.

VGCL Vice President Nguyen Hoa Binh spoke highly of the effectiveness of cooperation projects and programmes in recent years, stressing their contributions to improving capacity of the organisation and operation of VGCL in order to meet increasing demands of members and workers. After the second meeting in Hanoi on May, 2008, the VGCL and the International Labour Organisation (ILO), regional and international trade unions and non-governmental organisations conducted a series of projects and programmes on trade union cooperation, which brought about practical benefits, he said.

A ministerial conference on the Vietnam-Laos-Cambodia development triangle took place in Luong Son district of the northern province of Hoa Binh on Oct. 26.