At the ceremony to release the FAST500 report, the report of the 500 fastest growing enterprises in Vietnam, Professor John Quelch, who is well known as a mater of marketing art, now Dean of the China Europe International Business School CEIBS, and former Associate Dean of Harvard Business School, shared his interesting findings about consumption trends in the 21st century in the post-recession period.

At the conference “The recovery of the world’s economy and the adaptability of Vietnamese enterprises” held in Hanoi recently, former deputy prime minister Vu Khoan commented that Vietnam joined the World Trade Organisation (WTO) just when the world’s economy faced two consecutive recessions: prices escalated globally following oil and the economic and financial crisis happened across the continents. Currently, even though the worst of the recession is temporarily over, on the whole the global economy is at a standstill, the US tightens its belt and Europe has not completely got out of recession.

To put everything into perspective, investors are demanding more premium to lend to Ireland, Portugal and Spain than to emerging countries in Europe and Asia.

Following the Israel-based ZIM firm, four other ship liners namely Cosco, K’line, Yangming and Hanjin have added Cai Mep deepwater port in the southern province of Ba Ria-Vung Tau into the list of cargo transshipment terminals in their voyages from Asia to Europe. 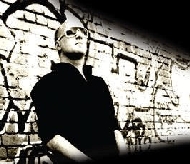 Size-O opened a training school for DJs after his first radio programme in 1994, and he has performed at the Spring Music Festival in Bourges as well as many other festivals and events in France and throughout Europe.

Attending the workshop were scholars, scientists and Vietnam ’s history researchers from many universities in Asia, Europe and the United States .