The question is that in the upcoming time whether Vietnam is able to take part in the Extractive Industries Transparency Initiative (EITI) or not. This is also the most concerned question at conference on the Extractive Industries Transparency Initiative (EITI) and Vietnam’s possibility to participate in the Initiative held recently in Hanoi by the Vietnam Chamber of Commerce and Industry (VCCI) and the Constancy on Development Institute (CODE). 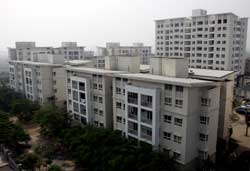 Real estate prices too high for most

Outstanding mortgage loans from commercial banks totalled VND228 trillion (US$11.7 billion) as of October 31, an increase of 23.5 per cent compared to the same time last year, the State Bank of Viet Nam announced yesterday. At the Viet Nam Business Forum held by the Viet Nam Chamber of Commerce and Industry and the World Bank at the beginning of the month, Luong Van Ly, a representative of the forum's land task force, suggested planning for each real estate development project should be more transparent in order to cut speculation. 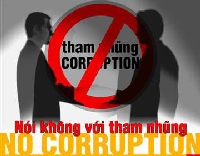 Mr. Erdal Elver, Chairman and CEO of Siemens Việt Nam said, along with the Vietnamese partner, the Việt Nam Chamber of Commerce and Industry (VCCI), firms throughout the country will be gathered to strive for a sound business environment, ensure consistence and transparency in business activities.

In Viet Nam, the initiative aims at bringing companies together to work towards improving integrity and transparency in the way business is conducted. Raising awareness, promoting dialogue among stakeholders, and training will be the key activities. Erdal Elver, president and CEO of Siemens Vietnam, said together with the Viet Nam Chamber of Commerce and Industry (VCCI), his firm will promote a healthy business environment in Viet Nam.

According to Adam Sitkoff, Executive director of American Chamber of Commerce in Vietnam, the Vietnamese currency is facing problem. The dong is under the depreciation cycle. This is what the government should resolve soon. The depreciation of the dong would make inflation worse and cool the stock market. Not many countries want to stay in such circumstance. Some people said that the devaluation of dong is to help increase the competitiveness in export activities. However, the fiscal policy cannot help anything in this problem.

"Viet Nam's success in attracting foreign investment has largely been built on the expectation of economic and political stability," American Chamber of Commerce, Amcham, chairman Hank Tomlinson told the forum - a prelude to the yearly donor Consultative Group meeting. Unfortunately, the Government's approach to economic and monetary policy had also raised concern, he said.

The statement was made by Alain Cany, Chairman of the European Chamber of Commerce in Vietnam (Eurocham) while launching the “White Book of Trade/Investment Issues and Recommendations” in Hanoi on Nov. 25. The White Book, the third edition, will serve as a reference for the Vietnamese Government to address limitations in Vietnam ’s competitiveness such as the quality of labour force, infrastructure, energy supply, encouragement of Public-Private Partnership (PPP), and regulatory and administrative reform, said the Eurocham chairman.

French firms chomping at the bit

The 2010 French Week, between November 23-27, 2010, will be the first official French business event to be organised in Vietnam this year. The event is organised by French embassy and French Chamber of Commerce and Industry in Vietnam, Ubifrance and French Development Agency, in coordination with France’s Foreign Trade Consultant Council.