Trade between Cambodia and Vietnam increased by nearly 50 percent in the first quarter of the year compared the same period last year, according Vietnam Trade Office figures released last week.

Vietnamese projects get thumbs up in Cambodia

The commitment was made via seven memorandum of understandings signed between Cambodian and Vietnamese government agencies at the second Investment Promotion to Cambodia Conference held in Phnom Penh on April 24.

Over the past years, the friendship and all-sided cooperation between Vietnam and Cambodia has been deepened. The two countries have signed over 60 legal documents on bilateral cooperation in almost all fields and created necessary cooperative mechanisms to fit their current development requirements. As a result, economic and trade ties between the two countries have grown steadfastly. The two-way trade value has increased year on year, from US$950 million in 2006 to hit over $1.8 billion in 2010.

From now, withdrawing foreign currency and cash is subject to a fee of 4% and 3% respectively. This means that holders of cards issued by Techcombank must pay at least 7% on the withdrawn cash if they want to have money taken from ATMs in Cambodia. The new fee is 2.5% higher than before. 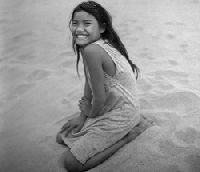 This project by state-owned Vietnam Electricity Group (EVN) is solely invested by its joint-stock subsidiary EVN International, whose shareholders include major state companies and corporations, such as PetroVietnam, EVN, and Vietnam Rubber Group. 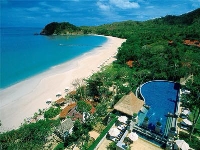 Trade between the two countries is expected to reach US$1.7 billion this year. Vietnamese firms blamed the low exports on the shortage of commercial centres, warehouses, and showrooms in border areas.

The bond proceeds will fund five hydro-power plants and rubber tree planting projects in Laos, Cambodia and Vietnam, the group said in a document sent to shareholders and seen by Reuters. The group, with registered capital of 2.93 trillion dong, operates in property, mining, rubber plantation and hydro-power.

The 32-year loan of $30 million to Viet Nam and grants of $19 million for Cambodia and $20 million for Laos will help the Greater Mekong Subregion (GMS) member nations carry out the GMS Biodiversity Conservation Corridors Project. It follows a series of successful pilot conservation activities in the countries.

Head of the Vietnamese Government’s Committee for Religious Affairs Nguyen Thai Binh made this remark while receiving a delegation from the Cambodian Ministry of Cult and Religion, led by Minister Min Khin, in Hanoi on Dec. 16.

Speaking at the presentation Incredible India: Buddhist Destination on, Abhay Thakur, stressed Indian Prime Minister Manmohan Singh's announcement during his visit to Viet Nam in October that the country would grant visas on arrival to nationals of Viet Nam, Cambodia, Laos and the Philippines from beginning of next year.