Vietnam’s consumer price index (CPI) for August was up only 0.93 per cent on-month, the lowest rise this year. August was also the first month the CPI rose under 1 per cent, signaling a slowdown in price rises as tightening monetary policies begin to bite.

The Market Control Department forecast May CPI will rise by between 1.8-2% due to the coming long holiday and higher world prices of commodities. Last month, this department also predicted April CPI would rise by between 1.6-1.8%.

The requirement has become more urgent at a time when April’s CPI climbed to 3.32 per cent, the highest and most extraordinary level since May, 2008. Statistics show that between 1994 and 2010, April CPI reached an average increase of 0.3 per cent over the previous month. Even during the global financial crisis in 2008, the April CPI stood at 2.2 per cent. April’s CPI pushed the country’s inflation in the first four months of this year to 9.64 per cent, outdistancing targets set for the whole year.

This year, April CPI reached the highest level since May 2008 instead of showing the lowest figure in the year as usual.

Bui Tien Hung, deputy general director of Viet Hung Urban Development and Investment Joint Stock Company, said his company wanted to apply a fluctuating price that could see buyers have to shell out more money if the CPI rises dramatically. That meant prices determined at the time of registration with sellers, could fall or rise after contracts are signed.

Headline inflation in Vietnam accelerated to 12.3 per cent year-on-year in February, drifting further away from the government’s ambitious target of 7 per cent. However, consumer price index (CPI) growth slowed for the third straight month in February, coming in at 1.1 per cent month-on-month compared with 1.6 per cent in January.

The government has set a year-on-year CPI increase target of 7 per cent for 2011. In its latest economic report on Vietnam, Credit Suisse Group forecasted Vietnam’s inflation would be 10 per cent in 2011.

“Vietnam has a low level of consumer credit which means a monetary policy based on high interest rates does not reduce the consumer price index (CPI). Instead it will push up production costs and thus market prices. This in turn will lead to a rise in the CPI, not a reduction,” said economist Dr. Bui Kien Thanh.

Solutions for socio-economic development in 2011

The National Assembly approved the socio-economic development plan for 2011, focusing on the maintaining of macro-economic stability, inflation curbing, growth model renovation, and economic structure transformation. Under the plan, the GDP is expected to grow at 7-7.5% against 2010, consumer price index (CPI) to increase less than 7%, total export turnover to rise 10%, trade deficit to be kept under 18% of the total export value; State budget overspending to be maintained at 5.35% of the GDP, and total social investment is equivalent to 40% of the GDP. 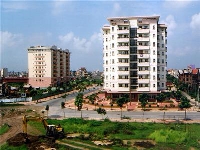 These are some of the complicated problems Vietnam’s economy faced in 2010. Besides, the Gross Domestic Products, inflation rate, the CPI, export growth, credit growth, gross social investment, and foreign investment are all important figures that reflect the economic trends and affect people’s lives. Vietnam will create a stable economic environment for sustainable development if it is able to keep all the rates under control.

Inflation is still a key policy challenge in Vietnam. CPI growth continued to accelerate in December, having already returned to double-digit territory in the previous month. In particular, food prices are still surging and showing no signs of a slowdown. Inflation risks are tilted to the upside, and given the government’s target of 7% for 2011, more efforts are required to rein in price pressures.

The price of meat is forecast to rise by between 5%-7%. Others including seafood and processed food will increase. The domestic demand tends to sharply increase in the end of the year which pushing the price level higher. However, the goods supply has ensured as the city has stored enough goods for this holiday, the department affirmed.

The General Statistic Office announced today that the annual CPI rate had increased 9.19 per cent month-on-month while the year-on-year increase was 11.75 per cent. In HCM City, the VN-Index continued falling 0.56 per cent to close at 472.76 points, with 127 stocks declining, 89 advancing and 64 closing unchanged. In Ha Noi, the HNX-Index rose 0.06 per cent to 111.29 points, with 129 stocks advancing, 132 declining and 64 unchanged.