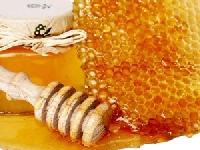 Honey products were exported to the US, Canada, Japan and the Republic of Korea. Notably, the US imported 80 percent of the honey products from Dak Lak province. In 2011, the company plans to explore new markets, such as Middle East and North America.

"Better economic conditions are one of the main reasons pushing Vietnamese export turnover to Latin America. In addition, the prices of many products have increased, which have helped the total export value," said an expert from the ministry, Pham Ba Uong