Food safety inspections would be carried out from point of origin to final destination based on international standards, said Deputy Director of the Ministry of Agriculture and Rural Development's Department of Agricultural, Forest and Aquatic Products Quality Control Department Phung Huu Hao. Management responsibilities would be clearly split between central and provincial levels, and each agricultural sector would have its own specific standards, he said at a workshop held yesterday to review food safety management in 2010 and to discuss the 2011 plan.

Wood products exports in February totalled 200 million USD, bringing the exports value in the first two months of the year to 548 million USD– a surge of 17.6 percent over the same period last year – the Ministry of Agriculture and Rural Development announced.

A delegation from the Ministry of Agriculture and Rural Development (MARD), led by Deputy Minister Ho Xuan Hung, had a working visit to Japan from March 1-4.

The funding, the largest that IFAD has given to Vietnam so far, will be used for the northern province of Tuyen Quang, the Central Highlands province of Gia Lai and the southern province of Ninh Thuan in the 2011-15 period. IFAD President Kanayo F. Nwanze, who visited Vietnam last November, spoke highly of what the Vietnamese government has gained in agriculture and rural development, describing Vietnam as an excellent model for developing countries. 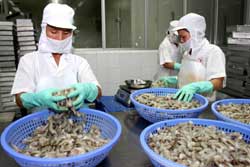 Figures from the Ministry of Agriculture and Rural Development show that Viet Nam's exports of agricultural, forestry and aquacultural products last year gained high value due to high prices and stable markets. The global economy would continue recovering, the ministry expects, and the export demand for agricultural, forestry and aquacultural products would increase. 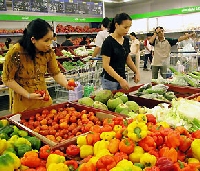 Key farm produces for export in 2011

According to the Ministry of Agriculture and Rural Development (MARD), Việt Nam’s rice output may reach nearly 40 million tons in 2011, which means that the country’s rice export volume would stand at around 5.5- 6.1 million tons compared to 6.8 million tons last year. Meanwhile, export turnover of aquaculture will continue rising with expected value of approximately US $5.5 billion this year, or an increase of US $500 million against 2010.

According to the Ministry of Agriculture and Rural Development, the specialised zones were originally located in desolate areas, but these places are now occupied and used for production. The new system would relieve problems that were affecting economic development and causing environmental pollution. According to the Government plan, Hong River flood flows should be kept below 28,000 cubic metres per second at Son Tay Gauging Station, and below 20,000 cubic metres per second at the Ha Noi Gauging Station to protect the safety of the capital city and the region.

The forecasts are from the Ministry of Agriculture and Rural Development (MARD) latest report on the farm produce market and Vietnam’s key export items in 2011. Quoting the forecasts of the US Department of Agriculture (USDA),global rice consumption in 2010-2011 will increase by 420,000 tons, reaching 453 million tons. Meanwhile, the global rice trade in 2011 is expected to reach 30.3 million tons, an increase of percent over the last year. 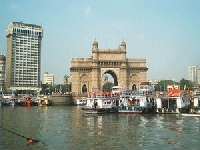