Dollar inflows transferred on account last week doubled from the week earlier, an unnamed director of a big commercial bank in HCM city revealed. Notably, the lender bought $15million within a week compared to $1-2million/week previously, mainly comes from the public.

At the meeting held by the State Securities Commission of Viet Nam (SSC), Nguyen Thanh Ky, general secretary of Viet Nam Association of Securities Business suggested that Ministry of Finance (MoF) and SSC should consider policies to help create more new products for the stock market. Suggestions include allowing an investor to sell and trade shares during the same session while being able to open more than transaction account at different securities firms.

The Vietnam Garment and Textile Association (Vitas) has reported that Vietnam’s garments and textiles currently account for 2.5 percent of the world’s total market share. The sector is set to achieve more than US$13 billion in turnover in 2011 due to a growing global market share.

Talking about the gap of nearly 2,000 dong per US dollar between official and unofficial FX rate and the sudden rises of saving and lending rates in the recent weeks, Bingham said the first thing is to determine where the pressure on FX market comes from. According to IMF’s representative, the pressure does not come from the shortage of supply. If looking at the balance of payments, current account deficit is fairly large, but it could be offset by FDI inflows.

The current figure, as provided by the Ministry of Natural Resources and Environment, is about 45,600 workers, including those working at State corporations, industrial parks and localities. The report says there is an imbalance in human resource structure among different sub-sectors. For example, those involved in land management account for 55 percent of the total number while those involved with water resources and hydro-meteorology stay at a low 1 percent. 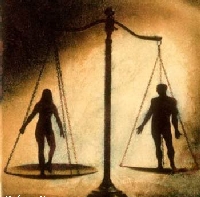 The rich world will continue to suffer from anaemic growth for years to come. The emerging world, by contrast, will be a whirling hub of dynamism and creativity. Over the next decade it will account for more than 50% of global growth. It will see 700m people enter the middle class. And it will also account for a disproportionate share of business innovations. But in 2011 businesspeople will increasingly ask themselves: which emerging markets? The “old” ones, the group that Goldman Sachs dubbed the BRICs, are suffering from the law of diminishing returns.

The city’s deposits account for 56 percent of Vietnam’s total, a rise of 2.2 percent on month and 41.7 percent on year. In which, the deposits in foreign currencies make up 25.6 percent of the city’s total ones, up 1.9 percent against October and growing 31.2 percent compared to the same period of 2009, meanwhile those of the dong increased 25.5 percent. Its saving deposits and bills achieved 268.9 trillion dong, a year-on-year rise of 37.3 percent.

Vietnam Shipbuilding Industry Group, the near-bankrupt ship maker, may account for as much as 3 percent of some Vietnamese banks’ loan portfolios, putting them at risk for restructuring, Moody’s Investors Service said. State-owned Vietnam Shipbuilding, also known as Vinashin, said Nov. 19 it may delay a $60 million principal payment on a $600 million loan, according to Karolyn Seet, a Singapore-based financial institutions analyst at Moody’s, who wrote she now questions the extent of government backing for the company.

Many deputies asked the Compiling Board to take into account the city's unique features when redrafting the law.

By 2010, to achieve a marked improvement in the reproductive health (RH) status and narrow the gap between regions and target groups by better meeting various demands for RH in line with different local situations, especially taking disadvantaged areas and target groups into account.